March has arrived here in Borovets and that means it’s time for some of the best skiing of the season. And if you think the good ski conditions end with February, you’re very much mistaken. The best skiing of the season is from now until the resort closes mid-April. Some things we can look forward to this month: smaller lift queues, more sunny days and more snow on the slopes than in January! 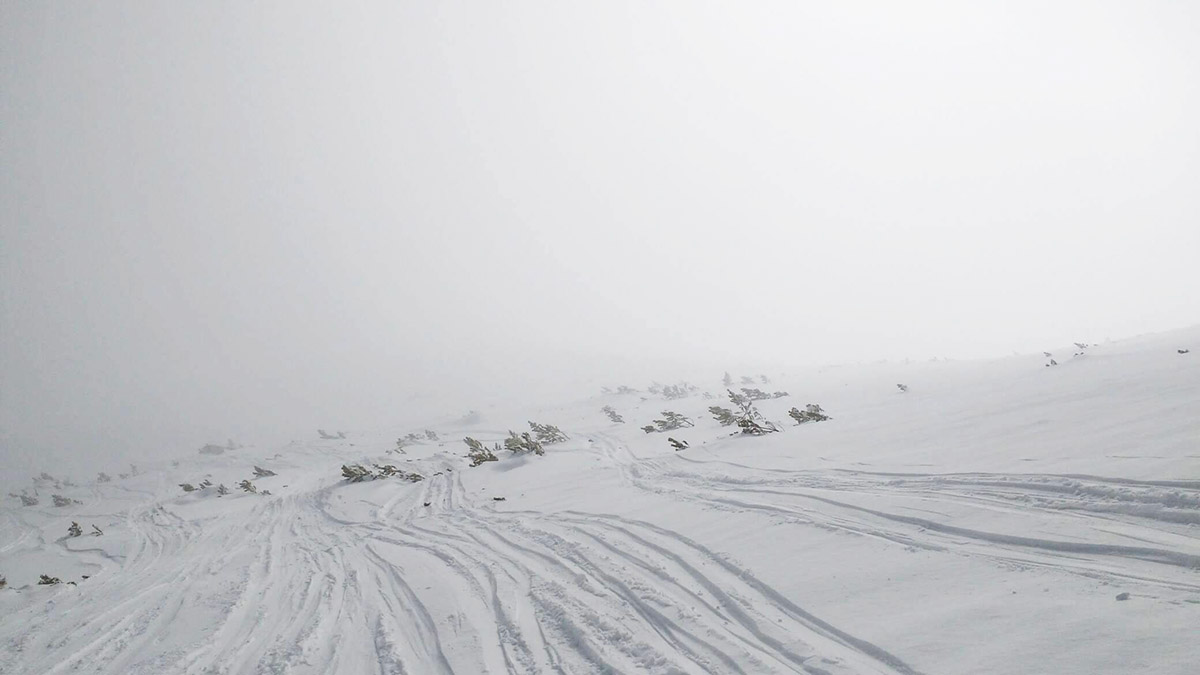 Fresh tracks to the side of the Markudjik slopes.

There were times when the fog would lift shortly.

The peak of the season in Borovets ended yesterday on the 3rd of March, Independence Day from Ottoman rule,  which is one of the last major national holidays in Bulgaria for the winter. This year many people took Monday off to connect their weekend with the non-working Tuesday, so the slopes were extremely crowded. From now until the resort closes we’re expecting much smaller queues on all the lifts. Yesterday, due to bad weather, the Markudjik Ski Center was closed, which resulted in longer queues lower in the mountain, while today it was open but foggy at times all around the mountain. The good news is that the forecast is showing snowfalls at the end of next week and an average freezing temperature around 1800m. asl.

The Yastrebets Express lift had few people on it due to the fog.

We did get some fresh snow overnight and the slope conditions were decent in the Markudjik Ski Center, where there was a small amount of fresh snow. The only big problem was the fog, which had covered the whole ski area! Visibility was extremely low, especially in the Sitnyakovo ski area. Higher up in the mountain, the fog would disperse shortly, only to reappear again. With that little visibility, it wasn’t such a good ski day and you really couldn’t ride fast. In Yastrebets the slopes were groomed, but again the fog would stop you from gaining too much speed. It’s never a good idea to ride fast when you can’t make out the terrain, as you could hit a bumpy section of slopes and crash hard! There’s not really that much to say about the slopes today, even if they are perfect the fog will ruin your day. But the last thing you can do is fight the weather and thankfully the forecast for the next few days is better. Looking towards the rest of the season, there is plenty of snow on the slopes to last until the end. And unless there is some weather anomaly, conditions will be good and it’s safe to say an end of March ski trip is a good idea!

This is what we call milky conditions 🙂