You’d think that March is all about sunny spring riding. Well, not last week. We didn’t get lots of sun, but we surely did get a lot of snow. Borovets hasn’t gotten such a severe snowfall in years and we’re happy to have experienced it and to be able to share it with you. Read on to learn more about the current conditions out here.

Don’t think we remember when was the last time it was -18 C in March but that’s where temperatures dropped down to last week. It was snowing the entire week – starting from Monday and every day delivered at least 10 new cm of snow. Visibility remained pretty low with the little exception of Saturday when the snowfall took a short break.

Forecast was right and Thursday brought back real cold winter temperatures and most importantly – heaps of snow. So much that on this day the Haramia run was a real freeride dream – with more than 40 cm on top of the groomed slope. None of our cameras’ batteries were able to survive the – 20 C feel on top of the gondola – that’s how cold it was on that day. The freezing temperatures and the lack of visibility didn’t keep skiers away from the slopes. The snow quality and quantity on Thursday were really epic – real powder all the way!

In the forecast for the week ahead there’s once again snow. Winter doesn’t seem to slow down and we’re expecting to get more snow on Wednesday and Thursday and long sunny weekend to enjoy it. Temperatures will remain below the 0 C mark and Saturday is expected to get as cold as – 16 C.

The entire resort is still operating as usual. The combination of new snow and freezing cold temperatures last week made both on-piste and off-piste riding really enjoyable. t wasn’t easy on the resort staff with all the new snow, but they managed to groom all slopes really nicely and the cold weather preserved them well during the day.

On the slopes of Borovets in March

As for off-piste riding – this was probably the best week of the season. It’s fair to say we have not seen so much snow in Borovets in years and years. The Markudjik slopes and their surroundings were real paradise in the past days and the amount of snow at the area is now estimated to be 280 cm.

Winter’s still in Borovets in March

March is a fantastic month to visit Borovets. The long queues are over and the snow cover is as good as it gets. If you’re to consider a last-minute trip to Borovets, consider that the end of the season is scheduled for April 17th but with the amount of snow in the resort, we won’t be surprised if it once again gets prolonged. 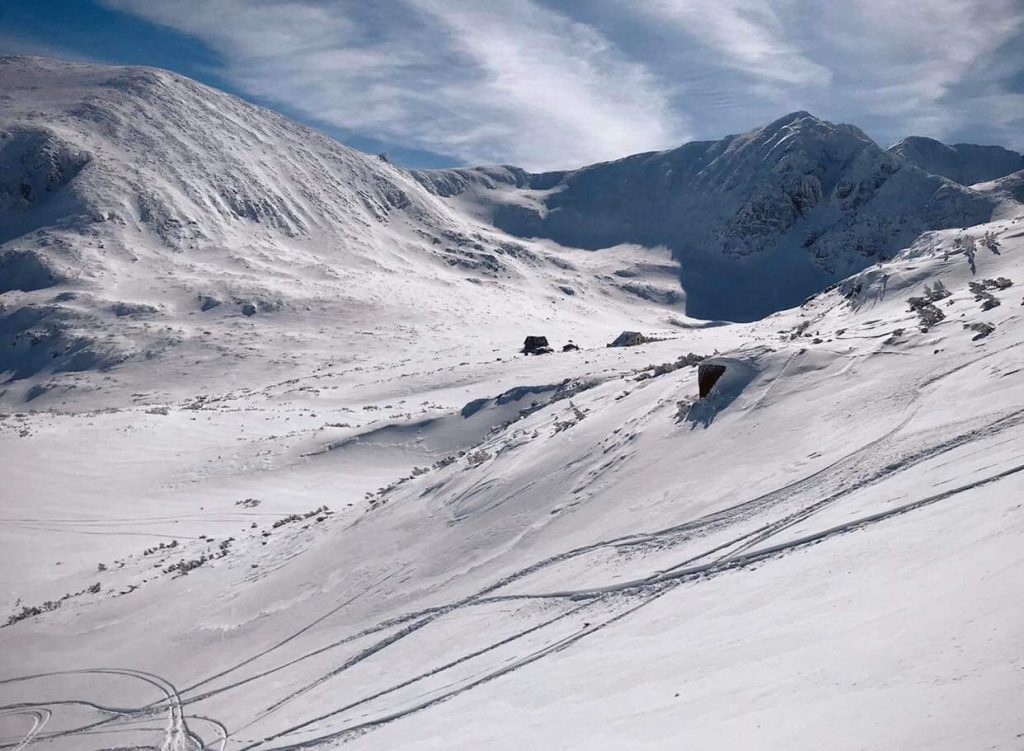 The snowiest Borovets has been in years

In case you’re tempted to visit (again), consider us for making your trip arrangements much easier. We can help you to:

Ski & Board Traventuria is a leading provider of lift passes, equipment rental, airport transfers, and ski school for the Bansko area. To book your next ski vacation in Bansko with us, please check our website – www.skibansko.bg