It’s been one heck of a week here in Borovets! The best part of the last 7 days was the big snow dump we got Wednesday through Thursday, over 35cm of fresh powder! Apart from some heavy winds from time to time it was a great week and conditions are mint. Did we mention today was a perfectly sunny bluebird day? 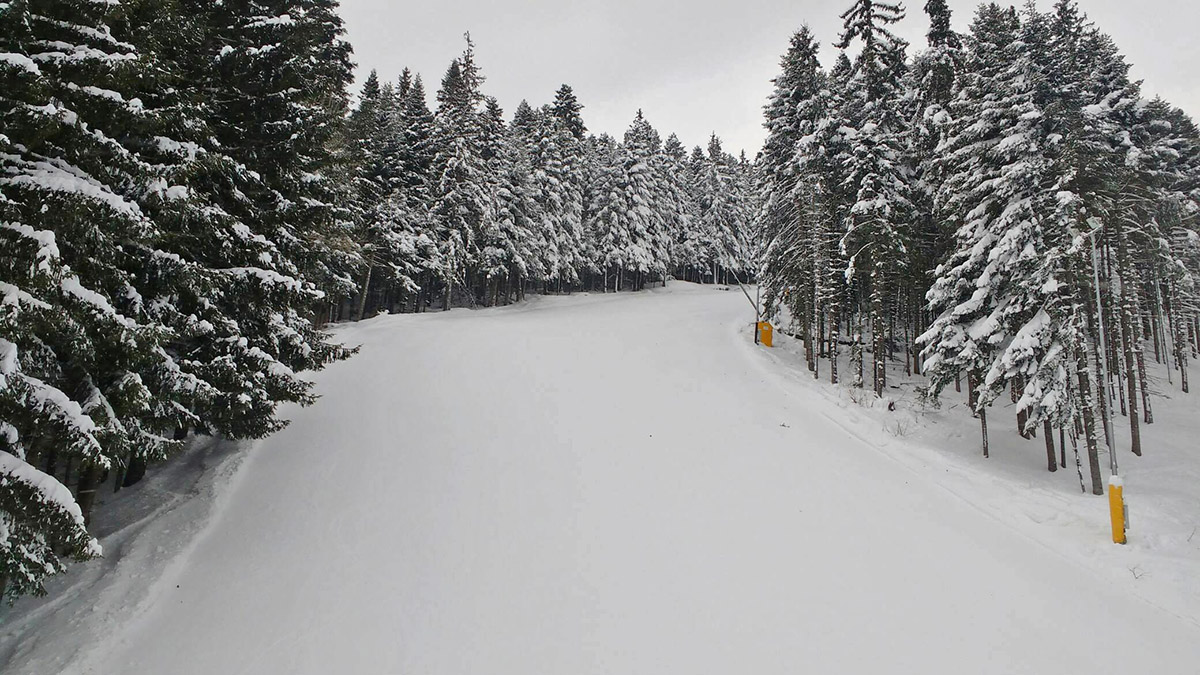 We’re still a week away from the February mid-term school holidays, so queues in the resort still aren’t that long. During the week lift lines are almost non-existant on most lifts all day, but there is an increase in waiting times during the weekend when the resort fills up with local skiers wanting to spend the weekend on the slopes. Even during the night skiing, when only the Martinovi Baraki Express is working, there are still no big waits. Honestly, even when there is a huge line for the night skiing, it’s still under 10 minutes, so that’s no surprise.

The forecast for the next 10 days is showing temperatures around 0°C at the lowest part of the resort, with temperatures expected to rise around next Sunday/Monday for a few days. In the Markudjik Ski Center, it’s going to be around -5°C the whole next week, so make sure to dress accordingly if you’re planning on skiing the top part of the resort. The forecast is for cloudy weather during the week with strong winds on Monday night and a few snow dustings over the next two weeks.

Where is everyone? The lift queue for the Sitnyakovo Express lift during the week.

Like we said in the beginning of our report, we got over 30cm of fresh powder overnight on Wednesday, meaning that Thursday was the first real powder day of the season. And even though you could really only ski off-piste in the Markudjik Ski Center and parts of the Yastrebets Ski Center, it was still the best day of the season so far. Conditions on the slopes have been much better since then, thanks to the new snow, and there are almost no icy patches anywhere on the slopes. We got soo much snow, even the Musala Pathway has opened again. If you were wondering whether there is enough snow in Borovets for your mid-term break, you don’t need to worry, there is. Out of the 3 big resorts in Bulgaria, Borovets has the most “white goodness” at the moment! 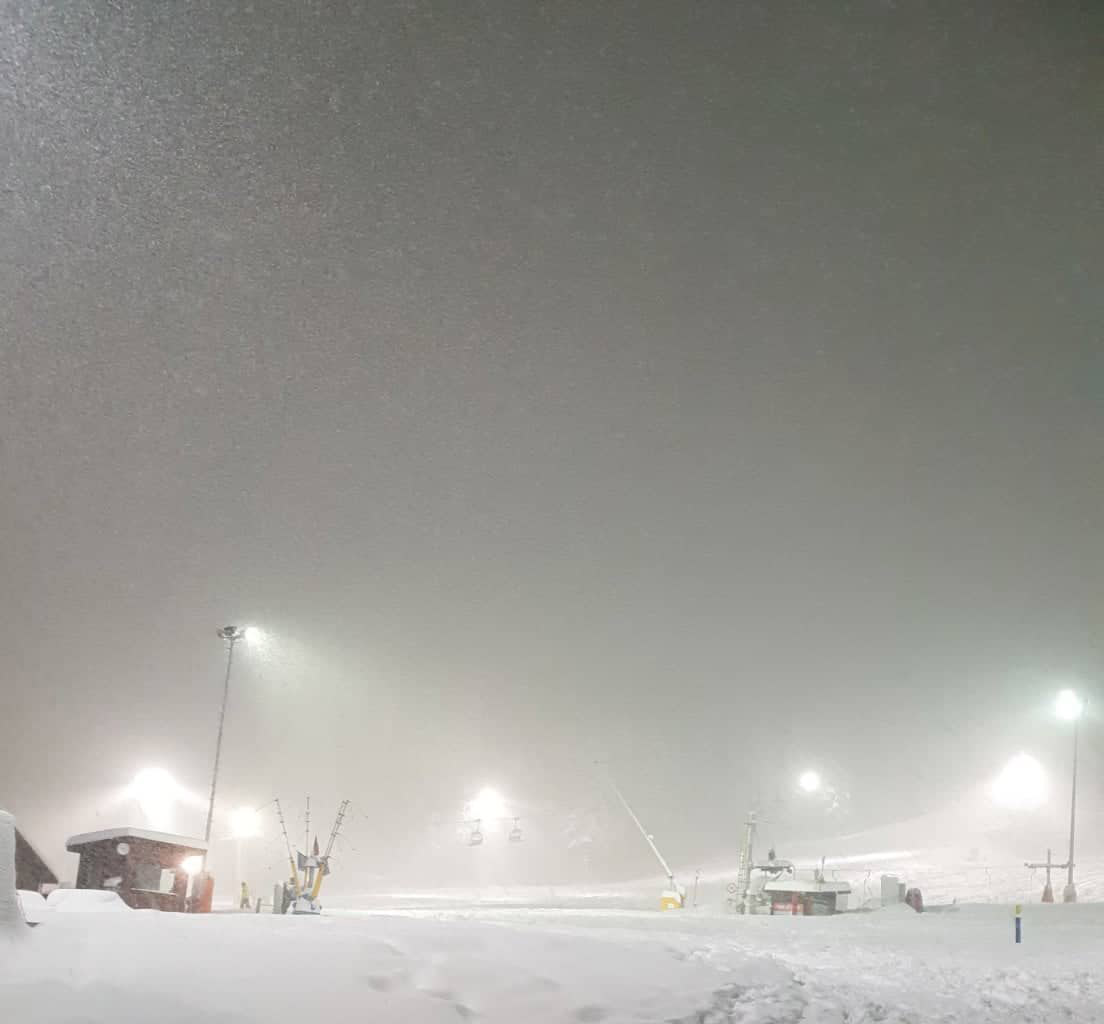 The night skiing was very good on Wednesday night.

Conditions on the slopes are very good since the big snow dump. The best slopes at the moment are in the Markudjik Ski Center, but the rest of the slopes aren’t bad at all. If you plan on using the Musala Pathway, be on the lookout for small rocks at the very end, other than that the slope is in decent condition. Conditions during the night skiing are also extremely good and the best in Bulgaria at the moment (not that other resorts offer night skiing…). The night skiing was especially good Wednesday night during the snowfall and the slopes had much more grip than they usually do.