This is it! Last week of skiing here in Borovets. Monday kicked off this final week of skiing with new snow once again. After a few foggy and rainy days, it’s great to see Borovets in its snowy glory for once more before 2021/2022 skiing season is over. 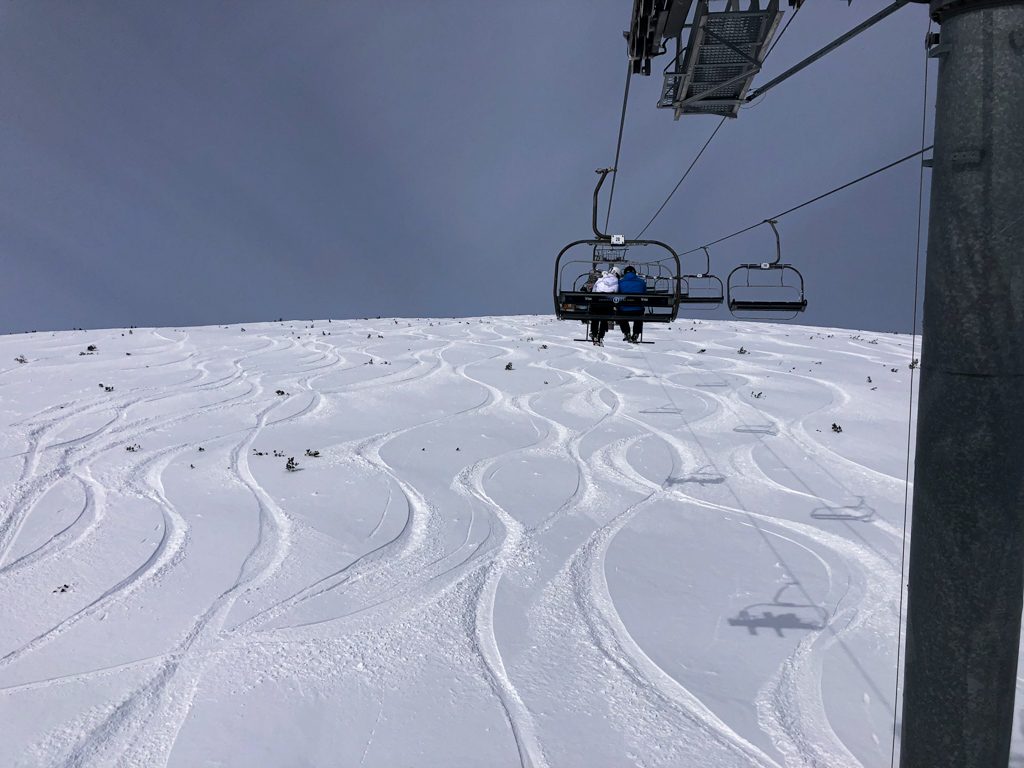 Borovets was fortunate to be among the snowiest resorts in Europe this winter. The snow base in the resort has now significantly decreased but even today it’s at 180cm of snow at the Markudjik ski area. All in all, we can definitely say that we’ve had fantastic weather conditions throughout the past season. Weather conditions are dynamic at the moment and sometimes weather changes every other run but being able to ski new snow in the beginning of April still makes us happy. 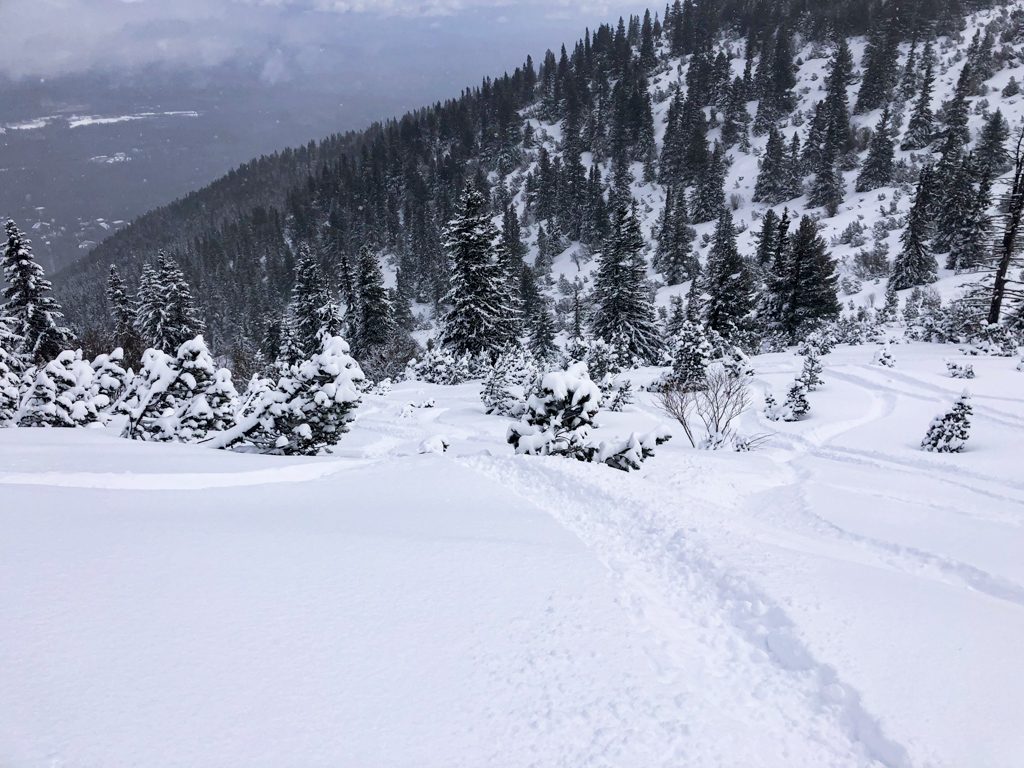 20+ cm of new snow in Borovets in April. A decent end of an epic season

Past week here in Borovets was wild to say at least. After few days with record breaking strong winds, it started raining. We thought the season was at its end but then weather proved us wrong. And thankfully! Temperatures dropped a little and the heavy rain in the centre of Borovets turned out to be fresh new snow on top of the resort. Who’d expect 20+ new cm of snow in April? Not us! Were we happy about it? Hell yes! It rare that you ride such good new snow in April. A decent end of the season here in Borovets. 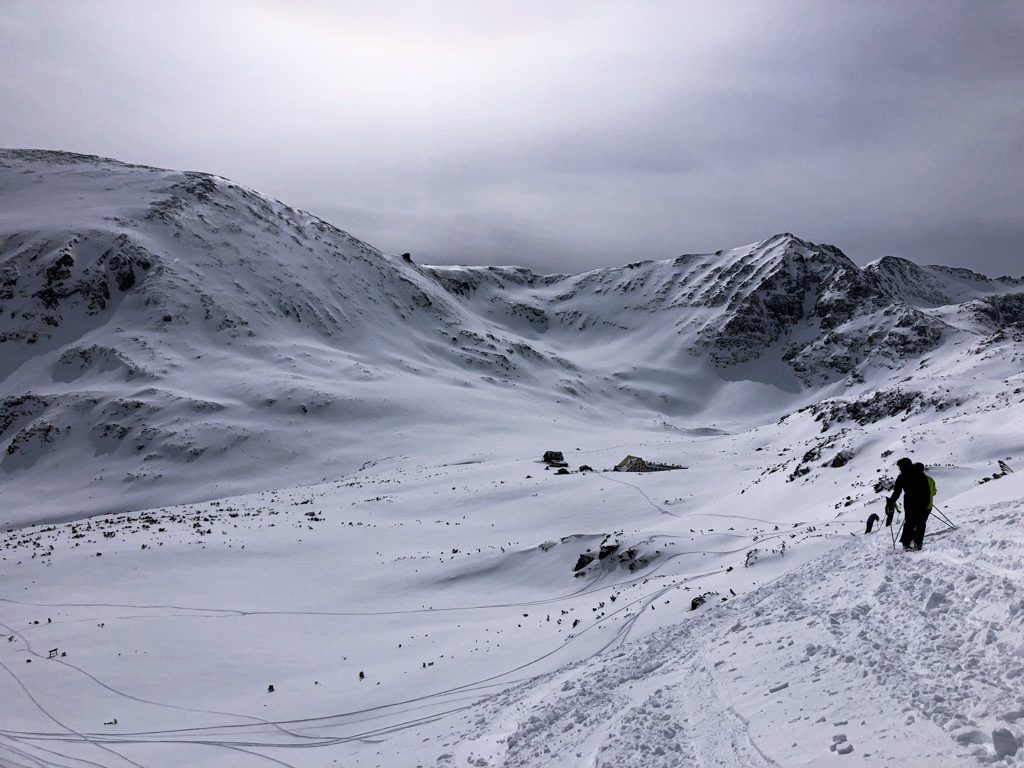 In addition to the unexpected snow, we also got unexpectedly low temperatures. After making it to 5°C degrees at the Markudjik ski area in the beginning of last week, it was -5°C degrees there today. Those temperatures only applied to the highest part of the resort. Spring has already settled in the lower parts of the resort. The Popangelov slope brings great views of Samokov and the surrounding areas which are currently as green as they get. 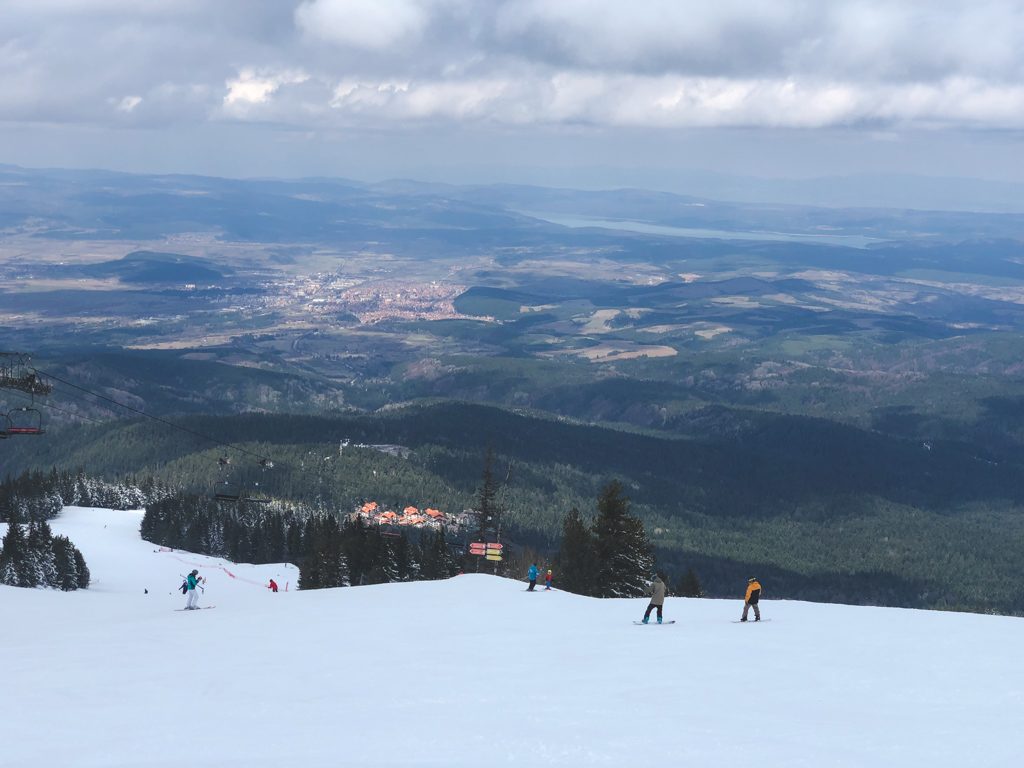 Winter in the mountains and spring in the city

It’s surprising but all lifts and slopes in Borovets are still operating. In all fairness we must say that slopes have seen better days. Spring temperatures are making the runs it the lower parts rather slushy even early in the day and last week’s rains helped with that as well. At the Markudjici ski zone, the cold is making some bits of the slopes rather icy. 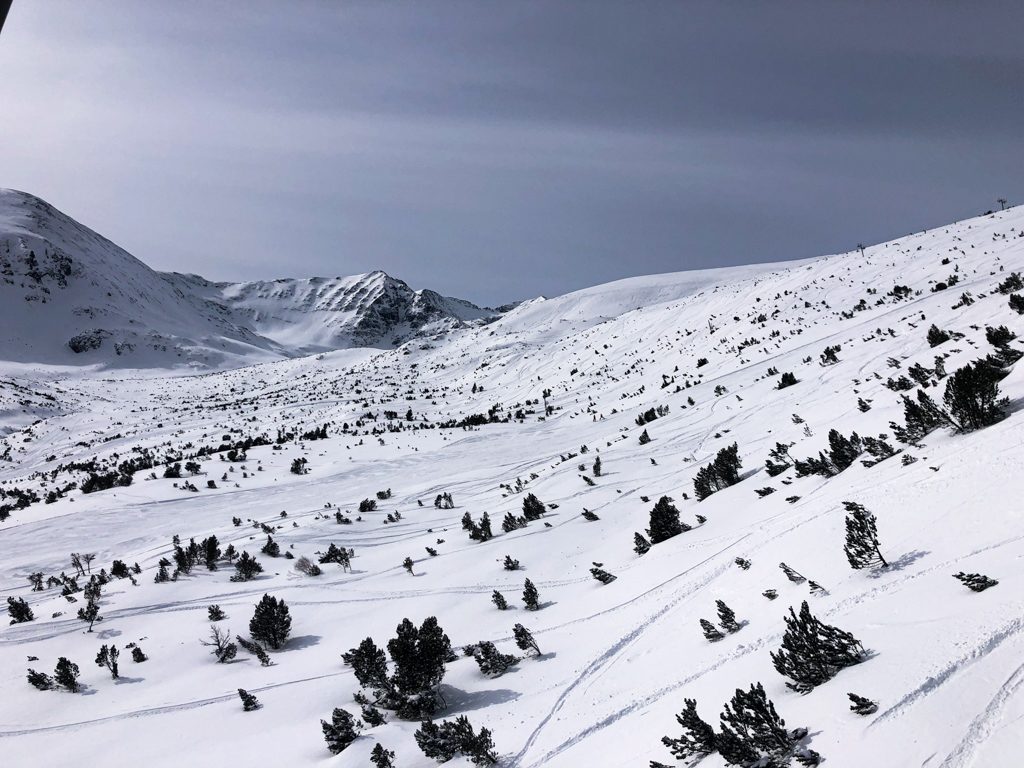 Amazing skiing conditions in the final week of the season

But there’s good news, too! This week started with new snow and we could do some last pow turns before the season ends. In fact, Monday of this week has been one of our favourite days of this season. Yes, weather changed every other run but all lifts, including the Markudjik 3 drag lift, were operating. And the fresh snow this made things even better. 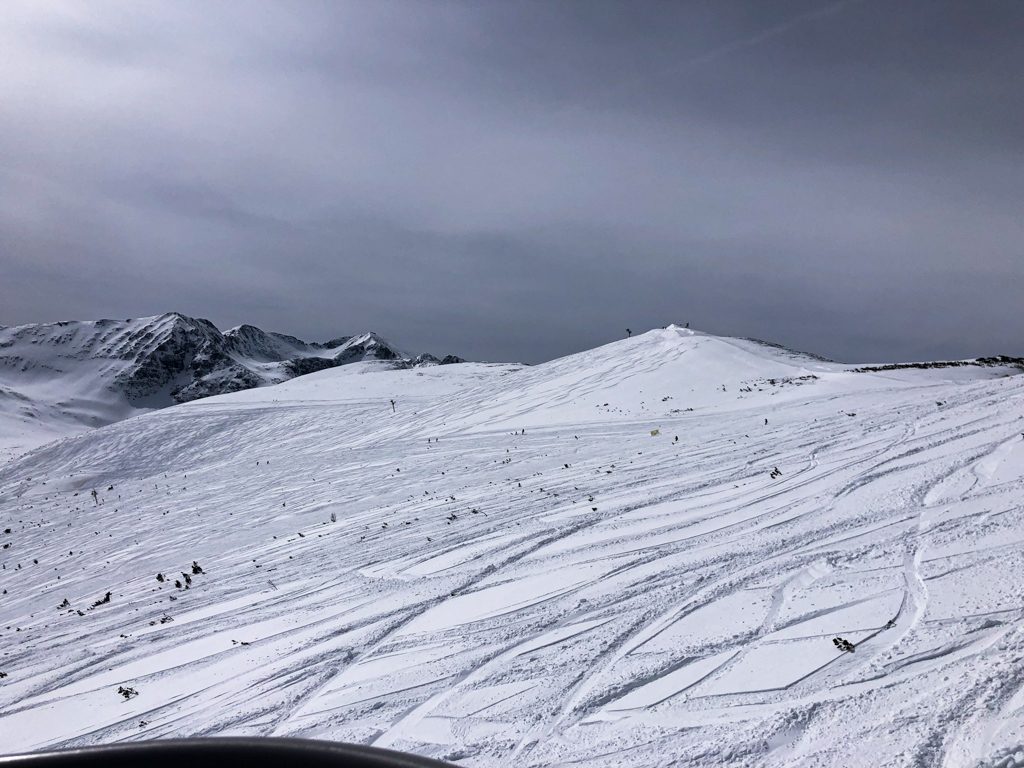 See you next season

We’re sad to see the season end a week earlier than expected but also happy and thankful to have been able to spend it in the majestic Rila mountains. Thank you so much for everyone who visited us at our wardrobe and interacted with us, physically there or even just online.

Our snow report are created as means to help you better plan your Borovets vacation for next seasons. And also to keep you up to date with current conditions. We do hope there were fun to read and helpful. As always, our team will be always here for you to help plan your next best vacation. Just reach out! See you in Rila.

Yours,
Ski & Board Traventuria Borovets team 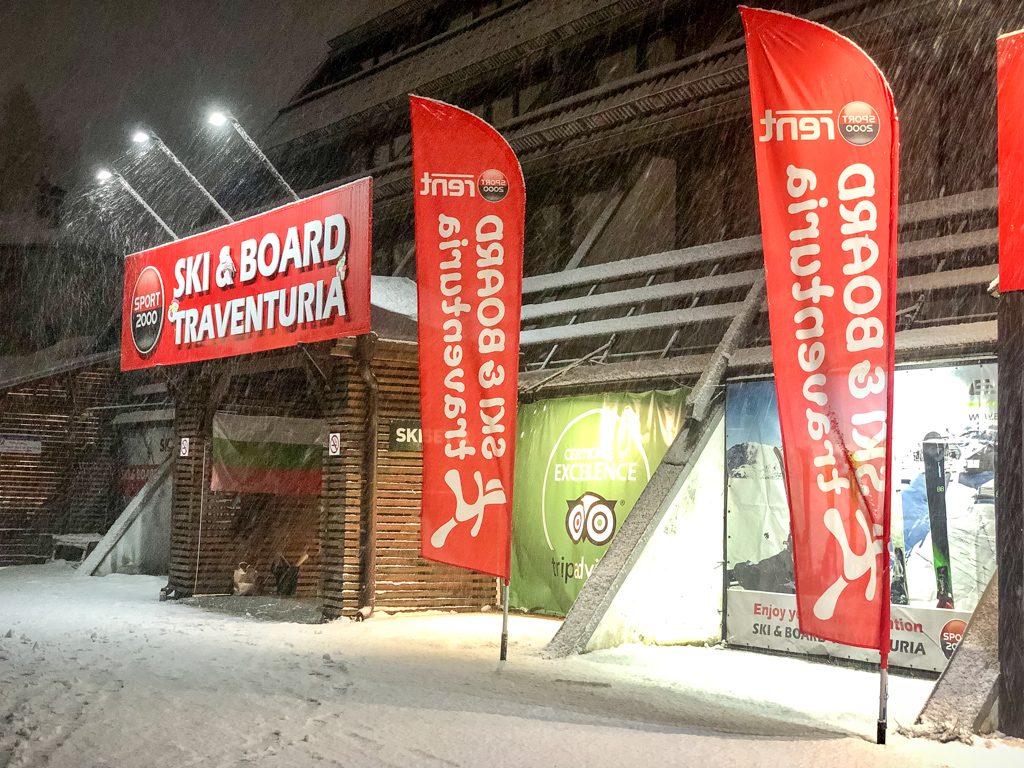 See you next year in Borovets

Ski & Board Traventuria is a leading provider of lift passes, equipment rental, airport transfers, and ski school for the Bansko area. To book your next ski vacation in Bansko with us, please check our website – www.skibansko.bg